Over the next few weeks, you are going to witness an onslaught of ads for products designed to aid with every New Years resolution imaginable. But as deal experts we know that a resolution we don't keep is always a bad deal. So today we're taking a look at some of the biggest reasons resolutions fail, and what it takes to succeed.

We polled more than 1,000 Brad's Deals fans about their plans for making New Years resolutions.

Among the respondents, 31% definitely will make a resolution, while 35% say they are considering it.

We then asked what resolutions they were planning to make, based on a list of the most common

Top 5 resolutions from our readers:

Getting Healthy is Top Priority, but 92% Will Fail

It’s striking that the top three resolutions are all variations on the same general goal of improving one’s health, accounting for a combined total of 54.14%. But losing weight and getting healthy in general also are some of the most easily and commonly broken resolutions. In fact, one study from the University of Scranton suggests that only 8% of us will actually achieve our resolution goals. There’s even an actual clinical psychology term for the cycle of repeated failed attempts to change ourselves: “False Hope Syndrome”, and it’s especially common for people who are trying to lose weight.

Think about that for a minute - resolving to change, followed by trying and failing, followed by a new set of resolutions that starts the cycle over again is so epidemic that the National Institute of Health has defined it as a psychological condition. Wow.

The Cold, Hard Truth of Why Most New Years Resolutions Fail

So just why are so many New Years resolutions doomed to fail before you even begin? We've identified the six of the biggest and deadliest reasons why 92% of us just can't seem to make it work.

You’re not passionate enough about it.

Is someone else urging you to lose weight or is that desire actually coming from you? Don’t take on a resolution just because you (or someone else) thinks you should. You have to want it for yourself in a very real and urgent way. Otherwise, what's the point?

What do resolutions like losing weight, quitting smoking and reducing stress all have in common? They’re incredibly vague. When you commit to these goals, what does that actually mean? How much weight do you want to lose? How can you tangibly measure your stress level?

You don’t have a plan.

Let’s say you want to lose 10 lbs. Great! Now, how are you going to get there? If you don’t know, then you’re not ready.

You didn’t budget for it.

Sticking to weight loss as our example here, diet plans like Weight Watchers come with a monthly subscription fee. Changing your diet has some rather profound impacts on your grocery budget. And what about gym memberships? Classes at that trendy fitness studio down the street? What’s the monthly financial cost of sticking to your resolution going to be? If you haven’t accounted for these, your best efforts may be thwarted by your bank account.

No one is holding you accountable.

You know how all of your runner friends are constantly posting Facebook updates with the stats from their latest jog around the park? Yeah, it’s annoying as hell sometimes but speaking as one of those annoying Facebook runners, it’s not about bragging. Heck, I don’t even care if my friends see it, though I appreciate the thumbs up when they do.

The single best example I've ever seen of the accountability effect is the act of getting married. According to a recent study out of Emory University, couples who elope are more than 12x more likely to divorce than couples who throw a wedding with more than 200 guests. In fact, the more wedding guests you have, the more likely you are to stay together as a couple. Why? Because saying "till death do us part" in front of 200+ wedding guests makes you accountable to them, and gives those guests a larger stake in your success. (There also may be a "sunk costs fallacy" at work here for some, but I'll talk about that a little later.)

Public declarations are a solid psychological tactic proven to increase the likelihood of sticking to your commitments. Whether or not my Facebook friends are actually paying attention to my runs, I end up feeling compelled to explain myself when I miss one, or when I have an off day. 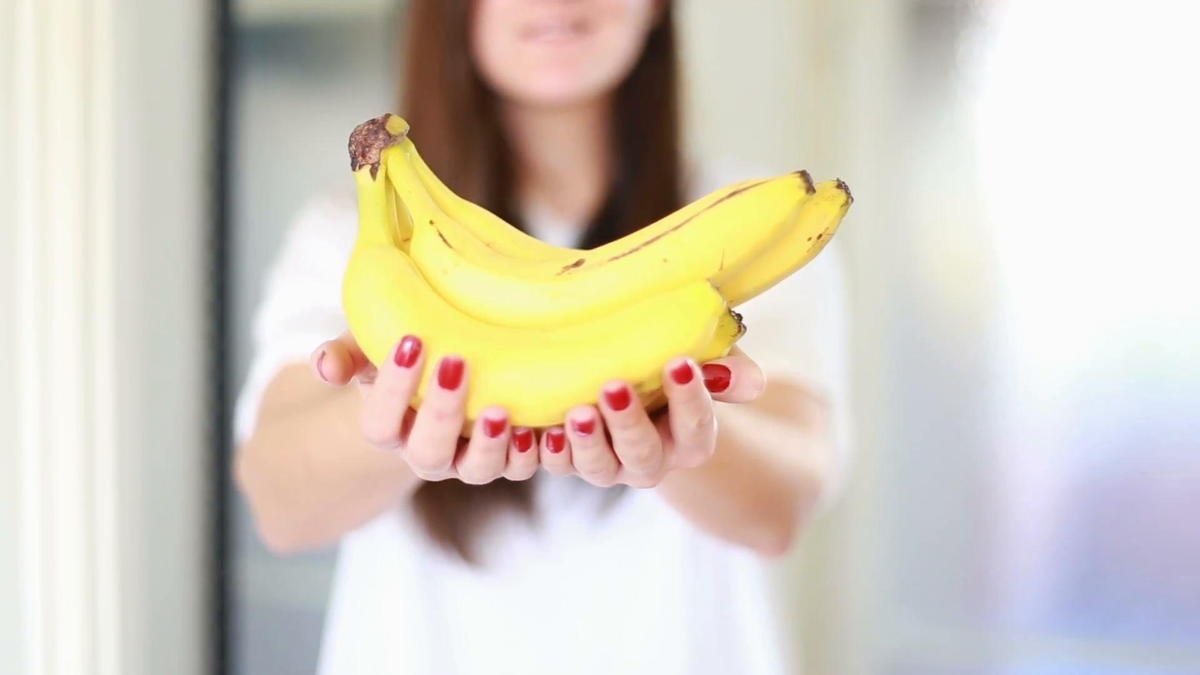 If that all sounds pretty dire, fret not! Creating resolutions that last is actually pretty simple when you have a well-defined, actionable plan. Resolutions are rarely easy, and let's be honest, most of them wouldn't be so worthwhile if they were, but mix in a few psychological hacks to trick yourself into staying on target and getting to your goal will be that much easier.

If you’ve ever had a manager who insisted that your professional goals should be built on the SMART framework, thank them and apply it to your New Years resolutions. What is SMART? It’s the idea that all goals should be:

If your goal is vague, then you’re really just wandering aimlessly toward who knows what. Instead of saying you want to lose weight, decide on a realistic number of pounds or percentage of body fat, and then set a deadline. A goal of losing 10 pounds by your sister’s wedding in June meets all five criteria.

Draft a detailed plan that looks ahead AND assesses the past.

Write up your resolutions like it’s your annual performance review at work. What were your goals for 2014? Did you meet them? Why or why not? Look at what you did well as well as what you’d like to improve. Include specific details.

Why take a hard look at the past year? Because the very fact that you’re making a resolution says that there’s something about your life that you want to improve. Your motivation to change lies in your past. To have the best chance of success, you need to have the clearest understanding possible of your reasons for pursuing change. Put those reasons down in writing, in as much detail as you can.

Put resolution activities on your calendar.

In fact, once you’ve gotten specific, schedule it out. Put everything into a calendar. Basically, fix it up so that you know exactly what you are supposed to be doing on any given day to get to your goal. If you’ve chosen losing weight or eating healthier, create a weekly menu plan so you know what you’re going to have for dinner every night, which means you don’t have to think about it on the fly. If you’re committed to going to weekly yoga classes, buy a class package and schedule all of them right away so you have a calendared appointment to keep.

Focus on what you CAN do instead of what you can’t.

Do you know why diets suck? It’s all the “can’t”. Negative framing can make any resolution seem like a prison. Instead of saying “I’m giving up desserts,” reframe the task as “I’m going to eat fruit for dessert.” Instead of "I'm giving up soda," try "I'm drinking 2 liters of water per day," which naturally pushes soda out of your diet. Find the stuff you enjoy and stop fretting about what you can’t do.

Start with something small.

Sometimes it takes time to build up the confidence to believe that you really can achieve something. It goes hand in hand with making sure your goals are realistic. Think in terms of what’s achievable. If you have a larger, overarching goal, set it up as a series of smaller goals and tackle them one at a time. For example, if your goal is to run a marathon when you’ve never actually run a race before, it’s easy to get discouraged. But if you decide that the first step is to run a 5K, then you can train for a very achievable 5K without worrying about the marathon looming in the distance. Once you’ve finished a 5K, set your sights on a 10K. Then a half marathon. But that’s all in the far flung future. Right now, today, all you need to believe in is the 5K - and once you get there, you’ll have built up plenty of confidence that prepares you for that next step.

Spend money on it.

The “sunk costs fallacy” is the idea that once we’ve invested in an idea, even if it’s a bad idea, we’re less likely to walk away from it. In business, it’s often regarded as a trap, but you can harness this psychological trick for the common good as well. There’s nothing horrible about fitting some cool new (reasonably priced) workout clothes into your budget. Going to the gym then becomes an excuse to wear them. And hey, look at that, you’re excited to go to the gym now! Or maybe your goal is to run a 5K. Pick your race and register for it now. You’re less likely to let your training slack off if missing the race means you threw away a $35 race fee.

To be clear, I’m not talking about spending hundreds of dollars on an elliptical that will become a really expensive coat rack a month from now. Stick to small investments in the beginning, and work your way up to the big stuff later, once it’s clear the habit is firmly established and not going anywhere.

Write it all down. How did you like that Zumba class? What challenges did you face this week sticking to the diet? How will you tackle those challenges moving forward? Writing down your accomplishments and failures helps to reinforce your routine and provides an opportunity to analyze your progress since it forces you to stop and think about what you’re doing. According to one study published in the British Journal of Health Psychology, researchers found that participants who put their workout intentions in writing were roughly 3x more likely to stick to the plan than those who did not. The pen is mighty indeed!

Enlist your family and friends.

As I mentioned above, accountability is absolutely huge. Tell the people in your life what you’re up to so they can root you on. Keep them informed of your progress. See if someone will take on the challenge with you as a partner. In fact, if it makes sense and you’re comfortable with it, consider making that journal public. There’s a reason why so many people blog their individual weight loss journeys -- by going public, they make themselves accountable to whoever is reading.